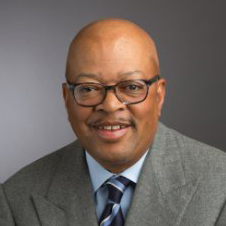 Senior Advisor to the CEO

Mr. Irvin served on the Wharton Graduate Executive Board. In 1994, President Clinton appointed him to the Advisory Committee of the Pension Benefit Guaranty Corporation and served as its Chair from 1995 to 1998. A founding member of the Executive Leadership Council, Mr. Irvin serves as Chair of its Investment Committee.

Back to Our Team >