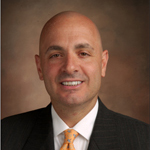 Philip J. Ippolito is a partner and co-founder of CastleOak Securities, L.P., as such; he has played a key role in the development and the implementation of the firm’s financial, operational, information and administrative systems. Mr. Ippolito was the firm’s CFO for its first 15 years, managing the firm’s capital position and finances on a day-to-day basis, as well as stewarding its overall financial condition in his role as the firm's Financial and Operations Principal. He is currently the head of the firm’s operations team, overseeing all aspects of account opening and maintenance, risk, as well as the clearance and reporting of all firm transactions. In addition, Mr. Ippolito manages the firm’s technology services.

Prior to helping found CastleOak, Mr. Ippolito was with Blaylock & Company, Inc., where he was the Head of Operations & Financial and Operations Principal, and built its operations systems from the ground up. He also assumed many of its financial operations responsibilities, and was named CFO. Prior to joining Blaylock, he was the Director of Operations at Brounoff Claire & Co. Inc. and also held management positions at First Pennsylvania Bank, Bradford SPS, Pershing & Co. and Donaldson, Lufkin & Jenrette. Mr. Ippolito has 40 years of Wall Street experience. He attended Brooklyn College and holds Series, 7, 27, and 63 FINRA licenses.

Back to Our Team >